It was a busy week, both in terms of housing-related data and market developments. While the Fed Announcement has helped rates recover somewhat from their recent move higher, we're left to wonder if the housing market is shifting into a lower gear.

This week's data was inconsistent--especially when it came to housing.  Things began on a promising note, with builder confidence surging to match its highest level since before the mortgage meltdown. 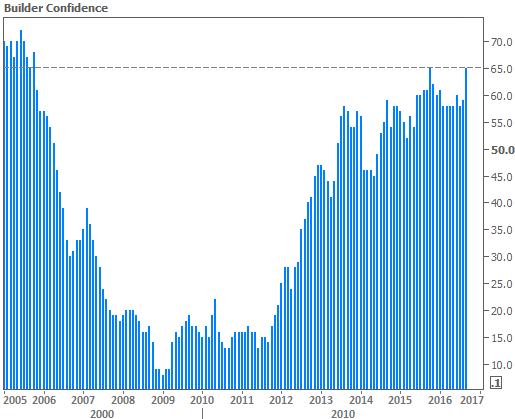 From there, the tone of the housing data shifted.  Just one day after the strong builder confidence numbers, we learned that Housing Starts and Building Permits missed estimates, resulting in further sideways stagnation.  Relative to pre-crisis levels, these construction metrics are nowhere near the recovery suggested by builder confidence. 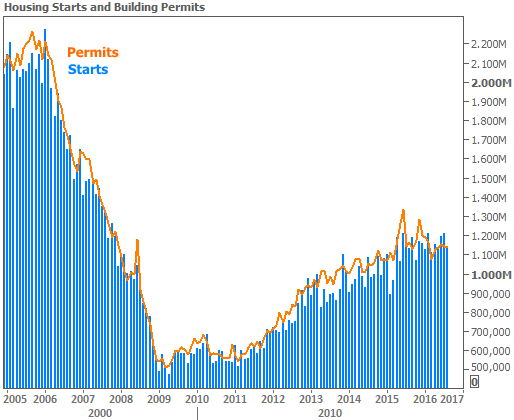 The only way to resolve that discrepancy is to conclude fewer builders are building fewer houses.  Those that remain can afford to be more optimistic.  In separate news, the National Association of Realtors (NAR) released Existing Home Sales for August, which corroborated the stagnation in home purchase activity suggested by the construction numbers.  On a year over year basis, Existing Sales improvement has ground to a halt. 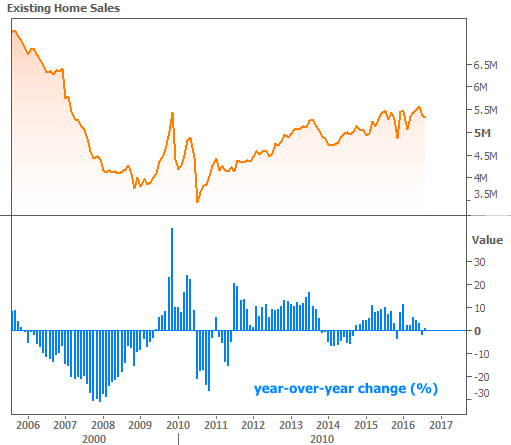 The NAR noted that lower mortgage rates over the summer were unable to give sales a boost due to inventory restrictions, saying "it's very concerning to see that inventory conditions not only show no signs of improving but have actually worsened in recent months."

The path of mortgage rates, itself, could also prove to be a concern.  Just last week, I pointed out that rates had finally broken an important range and were heading higher.  While we can't rule out more upward pressure, this week's Fed Announcement helped rates recover some of those losses.

It wasn't necessarily what the Fed said in its announcement, or the fact that they kept their policy rate unchanged.  Markets were already expecting that.  Rather, it was the significant change in the economic projections (each member of the Fed provides these 4 times per year).  From the last round of projections in June, the Fed now sees the median Fed Funds rate a HALF POINT lower in 2017 and 2018.  To be clear, that's a half point lower than the forecasts suggested in June (not a half point lower from current levels).

In other words, the Fed continues its habit of revising its rate outlook lower.  Although the Fed Funds Rate does not directly dictate mortgage rates, when markets see the Fed as being less likely to hike, mortgage rates tend to benefit.

10yr Treasury yields are a good proxy for mortgage rate movement.  Since the Fed Announcement, they quickly came back to the intersection of the previous trends.  Breaking lower through those lines would be a tall order (statistically, it's the less likely outcome), but if it happens, it would be a major victory for rates. 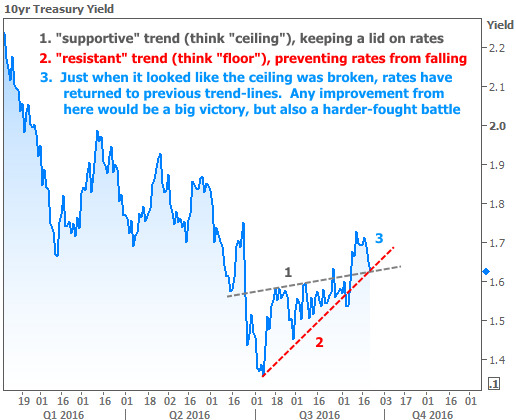 Next week brings several relatively important economic reports as well as the last trading day in September.  The end of any given quarter is an active time for the bond markets that underlie consumer rates.  If market participants are definitively leaning toward higher or lower rates, we should see that bias come to light over the next 2 weeks.  The downside is that rate movement could be more volatile in the meantime.