Every Thursday, Freddie Mac releases the most widely circulated survey of mortgage rates. It is relied upon not only in financial markets, but also by almost every major media outlet as the definitive source for keeping track of mortgage rate movement.

I’ve said in the past--and it continues to be true—Freddie Mac’s data is quite good. In fact, they send out exactly what they say they are going to send out week after week. The problem is that most of the major media outlets that pick up the story choose to ignore the fact that mortgage rates move every day—sometimes multiple times per day. As such, reducing a week’s worth of mortgage rate movement to a single number can cause problems when things are more volatile.

Interest rates continue taking most of their cues from the fluctuations in oil and stock prices. This is a break from historical norms where rates have typically paid much more attention to economic data (the reports on various economic metrics that are released on a set schedule throughout the month).

This chart shows a daily log of average rates compared to the weekly readings from Freddie Mac and The Mortgage Bankers Association. Keep in mind that these numbers are averages that won’t necessarily apply to every scenario. They are most useful for the trends they convey as opposed to the outright levels. 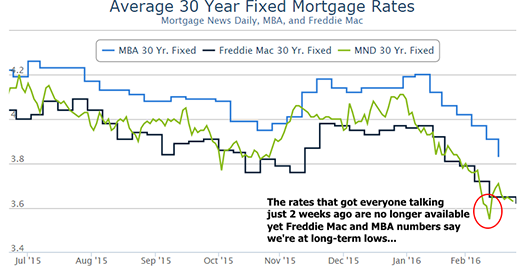 Are we still fairly close in the bigger picture? Definitely! But if borrowers go to their mortgage professionals expecting to lock rates from 2 weeks ago, it’s a recipe for confusion and distrust. Fortunately, the explanation is hiding in plain sight and should help everyone get on the same page. To see for yourself, check this link where Freddie says “The survey is collected from Monday through Wednesday.”

Bond markets continue taking most of their cues from the fluctuations in oil and stock prices. This is a break from historical norms where bonds (and thus, mortgage rates) have typically paid much more attention to economic data (the reports on various economic metrics that are released on a set schedule throughout the month).

For instance, this week’s Durable Goods data was much stronger than expected. At most points in the past, this would put pressure on rates to move higher. This time around, however, rates held near their lowest levels of the week. Simply put, bond markets are waiting to see if stocks and oil are really going to take a nose-dive, and look fairly content to hold the recent range until such a nose-dive can be ruled-out or confirmed.

In housing-specific news, foreclosures are still growing in nearly half of the country, according to RealtyTrac. And that’s not simply a factor of lenders working through foreclosure pipelines. Black Knight released its “First Look” at January’s mortgage data and noted that delinquency rates have increased to an 11-month high. 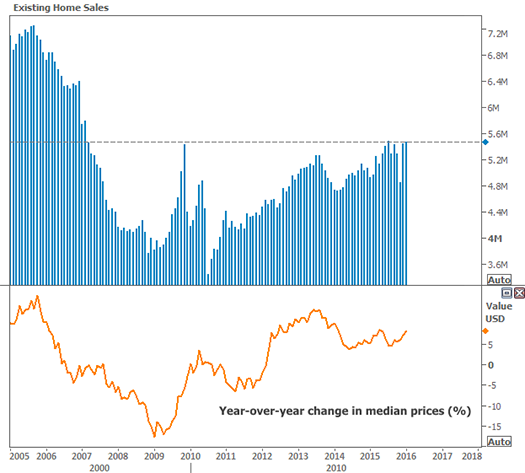 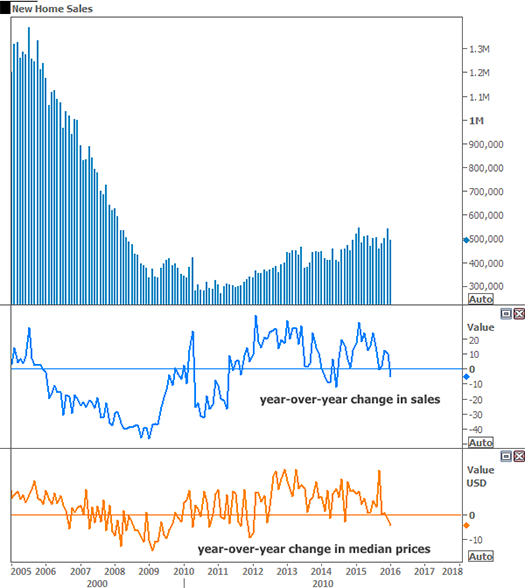