With things still up in the air in terms of geopolitical risk, markets are seeking safer havens.  Most recently, this is affecting stocks a bit more than bonds. 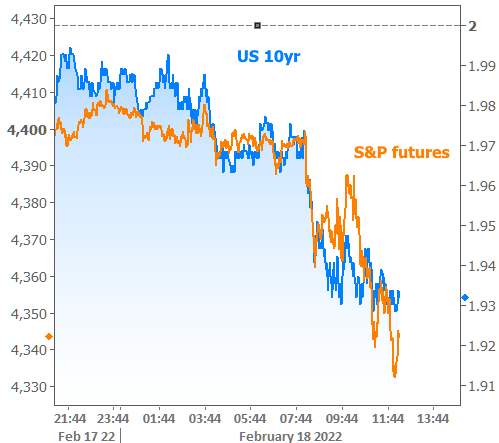 This correlated movement is in line with conventional wisdom (i.e. buy bonds, sell stocks, or vice versa).  But that wisdom often differs from reality.  That's especially true over longer time horizons and truer still when markets are adjusting to a shift in the Fed policy outlook.  In other words, rather than promote stock prices and bond yields moving in the same direction, a less friendly Federal reserve pushes yields higher and stocks lower.  It wasn't until this week's geopolitical flare-up that the correlation returned. 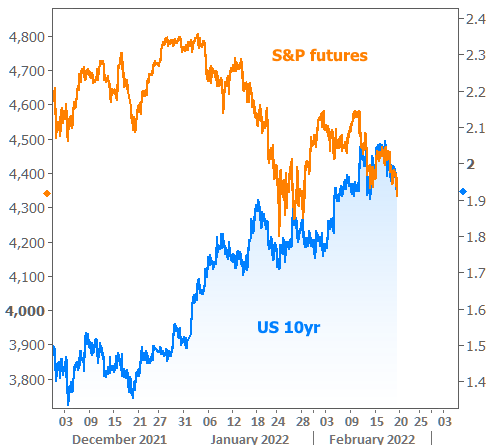 How about the mortgage market though?  It traditionally correlates almost flawlessly with Treasuries.  We already know that covid threw that correlation out the window in 2020, but it had come back nicely by the middle of 2021. 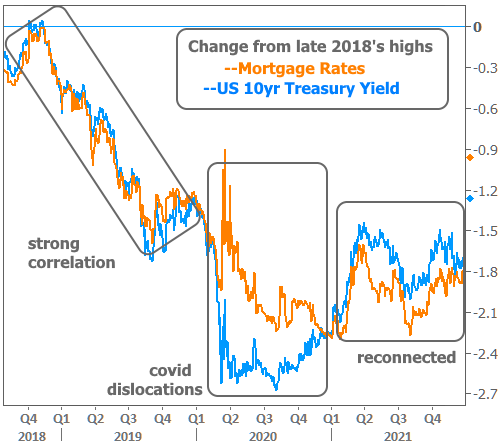 Even now, mortgage rates and Treasury yields are moving in the same direction, but definitely not at the same pace. 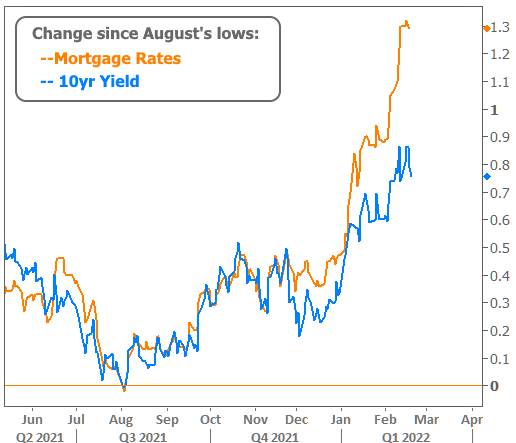 For those that prefer to see outright levels (as opposed to "change"): 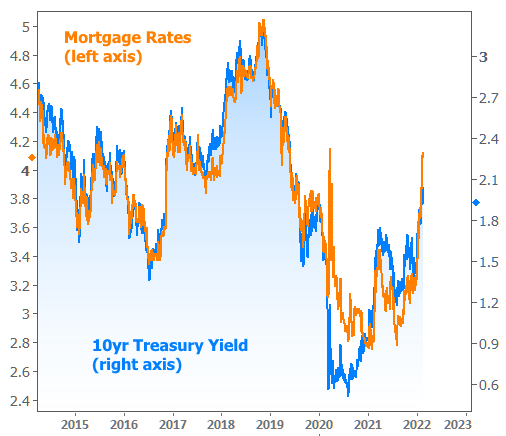 Viewed another way, here's the relative performance of MBS versus Treasury yields of comparable maturities. 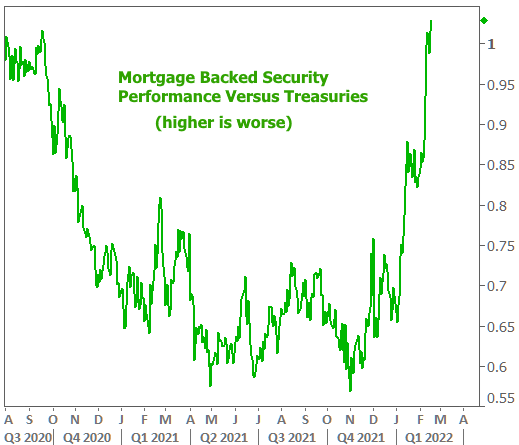 Here too, blame the Fed.  The Fed's recent policy shift hurts the mortgage market on 2 accounts.  First, Fed bond buying constitutes a larger percentage of the total buying universe of newly originated MBS than it does newly minted Treasuries.  As such, a reduction in overall bond buying is a bigger shock to the mortgage market.  Second, the Fed specifically stated it intends to hold only Treasuries in its securities portfolio.  Even if that's only an 'eventual' goal, it signifies another degree of MBS-specific unfriendliness on the part of the Fed.

There are non-Fed-related reasons for the underperformance as well, and they're as simple as the nature of the most recent market motivation.  Specifically, geopolitical unrest--when it moves markets--is always going to benefit the safest havens first.  Treasuries will always be a bit safer than MBS.

On this note, Treasuries are fighting to stabilize, but it remains to be seen if it's just a geopolitically-motivated pause as opposed to organic support that brings reprieve after the recent rate spike.  We're watching key levels at 2.06 and 1.91 to get a better sense of this. 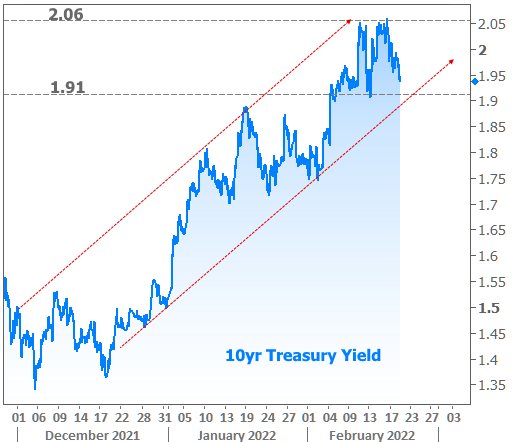 Again, due to the varying levels of performance between the mortgage and Treasury markets, the key levels in 10yr Treasuries won't necessarily coincide with any specific mortgage rate, but they can help us identify shifts in broad bond market momentum.

In terms of broad housing market momentum, we have yet to see the impact of the rising rate environment on January's data.  Both sales and construction remained very strong. 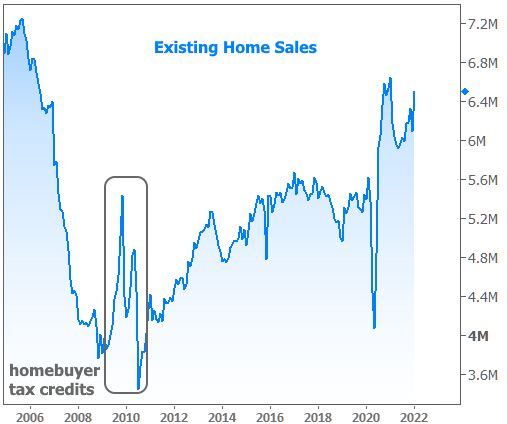 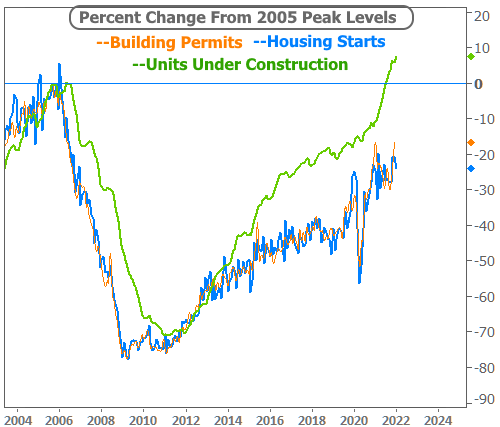 It's important to note, especially in light of the headline (i.e. "housing still strong") that big surges in mortgage rates almost always translate to a certain level of decline in home sales and construction numbers.  Things could always be different this time around.  After all, it has been a very uncommon cycle for many reasons.  But the point is simply to account for the possibility that history repeats itself.  On a positive note, previous rate spikes have fallen well short of causing any overly burdensome contraction in the housing market.  They're easiest to visualize in the Existing home sales chart above, in the 2nd half of 2013 and 2018... small potatoes in the bigger picture.