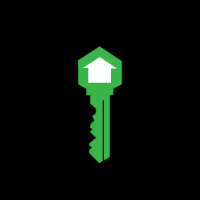 NOTE: none of the following is meant to suggest that today's Fed communications will not have an impact on rates.  They absolutely can and almost certainly will.  The point is that the Fed rate hike itself has no functional connection to mortgage rates (except in the rare cases of certain lines of credit that are based on the PRIME rate which is indeed linked to the Fed Funds Rate).

Apart from the small minority of loans like certain lines of credit that are actually tied to the Fed Funds Rate, there's a common misconception that the Fed "sets" (or hikes/cuts) mortgage rates directly.  Even among people who know better, there is often a belief that changes in the Fed Funds Rate (the thing the Fed actually hikes/cuts) translate in some direct way to changes in mortgage rates.

What is the Fed Funds Rate?

The Fed Funds Rate is a target set by the Fed for interest charged by big banks to lend money to each other on an overnight basis.  It has several policy tools that ensure the target is reliably hit within a quarter of a percent margin (one reason that the Fed communicates rate targets in 0.25% windows).

In other words, the Fed "decides" (for lack of a better term) what the shortest-term loans will cost.  From there, the market decides what longer term loans will cost.  Whereas the Fed Funds Rate pertains to loans that last 24 hours or less, the average mortgage lasts 3-10 years depending on the housing and mortgage environments at any given moment in history.

To understand why that matters, we need to understand the role that "duration" (market-speak for the life span of a loan) plays in the bond market.

We also need to understand what any "interest rate" really is.  Of course, we know a rate determines how much interest is paid on loans, but let's connect the dots from "loans" to financial markets since financial markets ultimately determine loan rates!

In market speak, "loans" = "bonds."  Bonds are investments that can be bought and sold.  They have a PRICE (what the investor pays for the bond) and a YIELD (the rate of return the investor receives over time).  The combination of that price and yield determines the rate paid by whoever is ultimately footing the bill for the interest.

NOTE (advanced concept): the price can be different from the face value of the bond (i.e. an investor could pay $102 for a $100 bond based on the rate of return being offered.  Similarly, the yield of a bond can be different than the rate that is actually paid by the borrower (i.e. a borrower might pay 4% interest on a $100 bond but the yield would be lower if the investor gave the borrower $102).  For the purpose of this primer, we will ditch the confusing bond math and just assume that PRICE = FACE VALUE (or "principal" in lending terms) and YIELD = INTEREST RATE.

For instance, a 10yr Treasury note is a bond issued by the US government that allows investors to pay a lump sum and then to receive payments, with interest, from the US government over the course of 10 years.

A mortgage backed security (MBS) is a bond that determines mortgage rates.  It can last up to 30 years in the case of a 30yr mortgage, but because most mortgages are refinanced or closed before that, MBS end up lasting less than 10 years on average.  On the other hand, they last significantly longer than the overnight loans subject to the Fed Funds Rate.

The life span of a bond has an important bearing on the value of that bond.  The rate outlook has a direct bearing on investor demand for certain lengths of loans.  If you expected rates to be much higher tomorrow and you were an investor looking to lend money, wouldn't you wait until tomorrow?

The Fed Funds Rate is never subject to such considerations because it only ever applies to the shortest possible lending terms.  If you wished you'd waited to lend until tomorrow, no big deal!  Because you'll have your money back to lender tomorrow anyway!

But when investors decide to put money into longer term bonds like various US Treasuries or mortgage-backed bonds, there's much more to consider.  Perhaps the economy and inflation are seen declining over time such that an investor could only expect a 3% return over 10 years instead of a 4% return over 5 years.

Why not just take the 4% for 5 years?  Because you'll get your principal back in 5 years and what will you do if the new 5 year rate is 1%?  Perhaps you will wish you'd locked in that 3% rate of return for 10 years instead.  This is why different durations of bonds/loans can have different interest rates and why they can move in different ways over time.

So why do long term rates like mortgages sometimes react so much to Fed announcements?

The Fed may not set mortgage rates directly, but they can still say/do things that have a tremendous impact on all manner of interest rates.  One of the most notable examples is that of QE or Quantitative Easing.  This was/is the Fed's policy of buying Treasuries and Mortgage-Backed Securities in large amounts in an attempt to promote its policy goals.  Changes to QE policies--especially when they're unexpected--have a far greater impact on long-term rates than the short-term Fed Funds Rate.

I thought you said the Fed Funds Rate didn't matter, but you just implied it had an impact.  What gives?!

The Fed meets 8 times a year to discuss changes in monetary policy.  Apart from emergency, unscheduled meetings, these represent the 8 chances the Fed has to hike or cut the Fed Funds Rate.  Contrast that to the bond market (the thing that actually dictates mortgage rates), which is trading every millisecond.

Traders aren't going to wait for the Fed to actually pull the trigger on a rate hike if they can be reasonably sure it's coming.  Indeed there are entire groups of market securities devoted to betting on the Fed Funds Rate in the future (incidentally named "Fed Funds Futures").

These futures typically price-in most upcoming Fed rate hikes/cuts with near 100% accuracy.  This hasn't always been the case, but it is more and more common in this age of tremendously transparent speeches from Fed members.  For instance, if 7 out of 7 Fed speakers over the past month have all mentioned that they're leaning toward a 0.75 hike to the Fed Funds Rate, it's essentially guaranteed and the bond market has long since changed accordingly.

Because the market can show up to the party so far in advance of the Fed itself, it's not uncommon to see mortgage rates move in the opposite direction of the Fed on the day the Fed actually makes its move.

Additionally, on announcement day, the Fed's verbiage and especially the Fed's Summary of Economic Projections (which only come out with 4 of the 8 Fed announcements per year) can have a huge impact on the market's rate outlook over time.  Those projections include a dot plot of the Fed Members' individual rate forecasts.

Bottom line: the Fed hike (or cut) itself is often old news by the time it happens, but the verbiage and the forecasts help the market refine its understanding of where short term rates may be headed in the future.  That's a BIG deal!

Ultimately, if you knew where the Fed Funds Rate would be every day for 10 years, you'd also know exactly where the rate of a 10yr loan should be today.  Granted, there are a few other considerations that put the finishing touches on exact rate levels (especially true of mortgages), but this notion of longer term rates being driven by the expected future levels of short-term rates is at the core of interest rate momentum and volatility.