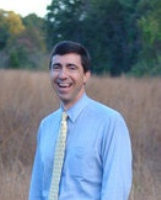 If you don't happen to make it past this first sentence, just know that anyone telling you rates are much higher today is NOT lying to you.  Anyone telling you the opposite is wrong, even though they may not understand why they're wrong.  Coming to such an understanding is no harder than reading the next few paragraphs.

Mortgage rates can be tricky to follow, at first glance.  They're not quite like other rates that move frequently throughout the day and that are published in a standardized format in multiple obvious locations.  I'm thinking of something like the 10yr Treasury yield for the sake of comparison.  In fairly short order, it would be easy to find multiple sources on the web that are telling you the same story on 10yr yields.  But when it comes to mortgage rates, you're likely to get several different stories.  Worse still are the days where multiple media outlets actually AGREE on what's happening with rates.

Why is agreement bad?

When multiple media outlets agree that mortgage rates have moved by a certain amount to a certain level, and when you see several news stories to that effect, chances are it's Thursday and all of the reporters are citing Freddie Mac's weekly rate survey data.  For better or worse, that's the long-standing mortgage rate benchmark both inside and outside the industry.  For those who only need a general idea of how rates are moving over long time horizons, that's just fine!  Freddie does a decent enough job of that.

For those who are actually in the industry, in the loan process, or considering starting the loan process, it creates big problems.  The issue is that Freddie's survey is heavily weighted toward Monday and Tuesday responses.  Thursday and Friday aren't even counted.  That means rates can jump significantly on Wednesday--to much higher levels than the previous week--and news outlets can still be reporting "lower mortgage rates this week!"

That's exactly what has happened this week.  Yesterday's rate surge took us to the highest levels in more than 7 years.  Today's aftershock only added to the pain.  But because Freddie's survey is primarily comparing Monday and Tuesday to last Monday and Tuesday, they're showing a small improvement in rates.

Is there any gray area here?  Is there a chance I'm being overly sensational about this whole thing?

NO!  Any notion of this week's rates being lower than last week's was out the window yesterday.  It's not even a close call anymore.  As I've said so many times, next week's Freddie survey will definitely reflect what I'm telling you today, unless bond markets manage to undergo a truly spectacular reversal tomorrow.

So is it possible for bonds to see such a reversal?  Yes, but it's equally possible that the pain continues.  Either way, it will likely be up to the market's reaction to the big jobs report in the morning.  Traders aren't necessarily as interested in the payroll count and unemployment rate as they are in the average hourly earnings data--the ingredient that lit the match on September's rising rate powder keg.