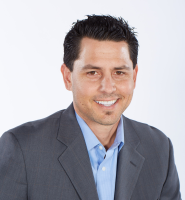 Mortgage rates, for the purposes of this article, will refer to the most commonly-quoted loans available through the most prevalent channels.  That essentially means conforming, fixed rate loans—especially 30yr and 15yr fixed.  It’s not that other loan types aren’t affected by the same variables, just that the most prevalent loans will be affected more reliably.

An example of one of these mainstream rate quotes would be a 30yr fixed from a big bank or mortgage lender a retail branch of that bank or indirectly via a mortgage originator who has access to several correspondent or brokered banking channels.  In both cases we’re talking about some large underlying financial entity that is in the business of making lots of loans.

These sorts of lenders will typically adjust their rate sheet offerings every day.  In fact, it’s extremely rare to see absolutely no change in any given lender’s rate sheet from one day to the next.  That said, it’s also rare for rates to change so much that the actual contract interest rate is affected.  That’s because rates are almost universally quoted in .125% increments.  As such, rates would have to change by .125% in order for a rate that had been quoted at 4.0% to now be quoted at 4.125%, all other things being equal.  And it’s rare to see that much movement in a single day.

In that example the discount point and the rebate are both part of the same component of “mortgage rates.”  One is negative and the other is positive, but they both represent the COST side of the equation.  This is the side of the mortgage rate equation that is almost guaranteed to be changing every day—sometimes multiple times per day, and those changes can be extrapolated to changes in effective rate. In other words, an effective rate of 4.04 doesn't mean that people are being quoted 4.04.  Rather, the actual rate quotes are mostly likely 4.0% with an upfront cost or 4.125% with a rebate.