Some weeks are fairly straightforward with one defining moment and economic data that paints a unified picture.  This was not one of those weeks!

Much of the economic data centered on the housing market.  As you might imagine, sorting out the impact from recent hurricanes has been an ongoing struggle.  Harvey had taken a bite out of Existing Home Sales the last time they were reported (for August).  This time around, Houston actually helped housing numbers hold their ground.

The National Association of Realtors reported an increase in Existing Home Sales from a 5.35 million to 5.39 million units (annual pace).  Overall, the Southern region was still a drag on the numbers, with the NAR citing temporary but noticeable declines due to hurricanes.  In light of those headwinds, the national result is a pleasant surprise, especially with single-family homes being solely responsible for the improvement. 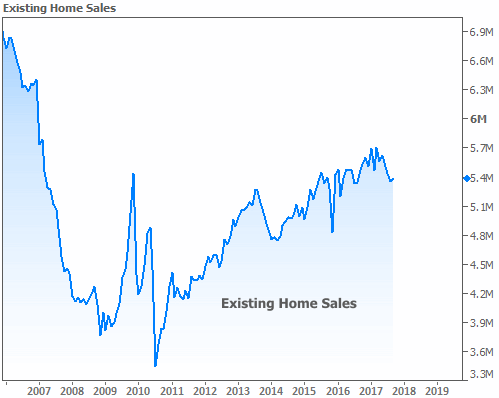 Housing data optimism should be tempered by the fact that weather-related delays will create regional improvements as old business is pulled forward.  We'll have a better sense of the bigger picture in a few months. 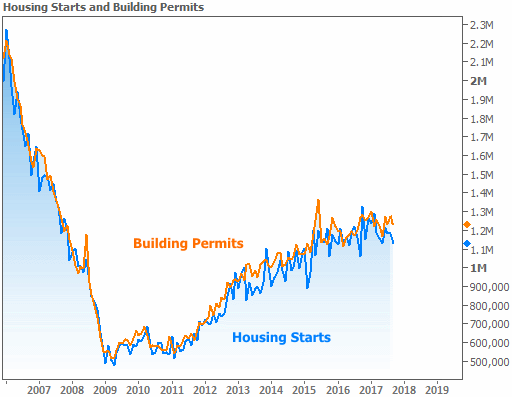 As expected, the Southern region led the declines.

The silver lining here is that construction numbers are still due to experience that same sort of "pulling-forward" of weather-delayed business that benefited Existing Sales.  Perhaps that has something to do with the uptick in home-builder sentiment as reported in the NAHB's Housing Market Index this week.  Builder Confidence , while not as high as it was earlier this year, continues trending generally higher. 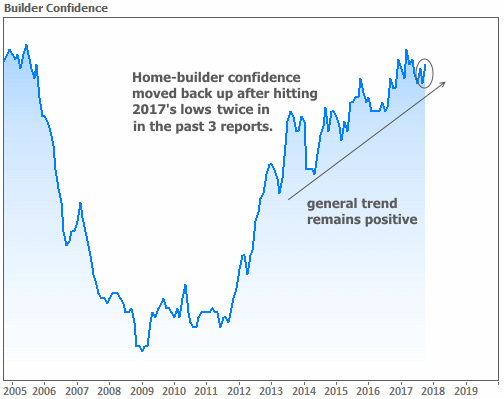 The most cautionary review of the weather's impact on the housing market came from Fannie Mae's Economic and Strategic Research Group, which said hurricanes could exacerbate a slowdown in the housing market.  The caveat is that the report came out on Tuesday, before the resilient Existing Sales data, stable construction numbers, and much-improved builder confidence data.

On a less equivocal note, interest rates had a tough week.  They began by moving gradually higher after hitting the lowest levels in several weeks last Friday.  Rates caught their breath on Thursday as massive losses in Chinese stocks spilled over into the U.S., pulling US stocks (and rates) lower.  But the rate spike resumed on Friday due to optimism over tax reform.

Here too, things aren't exactly as they might seem.  On the surface, the relevant headline that started all of Friday's market drama arrived late Thursday night and had to do with the Senate passing a budget resolution.  The resolution itself was of little consequence to stocks or rates.  Instead, the WAY the Senate worded the bill set the stage for tax reform to be passed with a simple majority vote.

Stocks and rates responded in a major way. 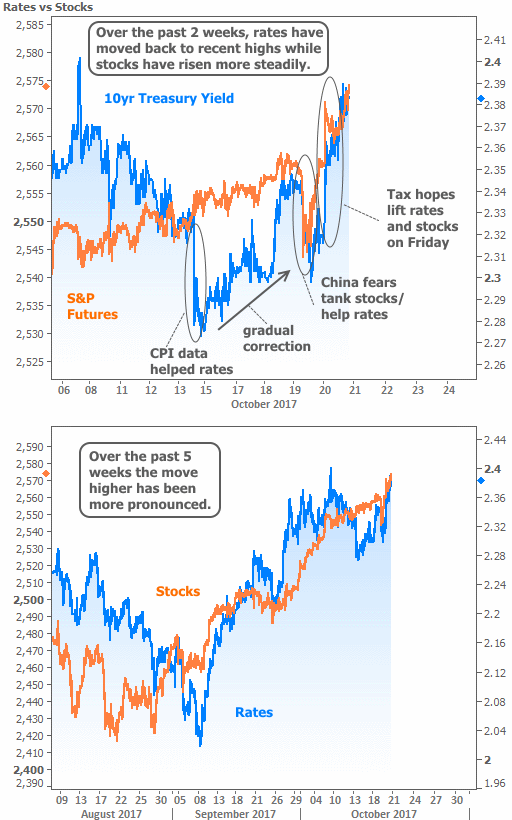 Even though the move higher in rates was unequivocal, it's not without its saving graces.  The most obvious is that the upward movement is playing out in a historically narrow range.   Many lenders are still able to quote top-tier 30yr fixed rates at 4 percent or lower, even after Friday's rate spike. Moreover, as rates have risen from 2016's near-all-time lows, lenders have increasingly eased guidelines to allow more access to credit for potential homeowners.

The latest change comes from Freddie Mac which announced an improvements in the way it calculates debt-to-income ratios for those with student loans and other loans that are close to being paid-off.